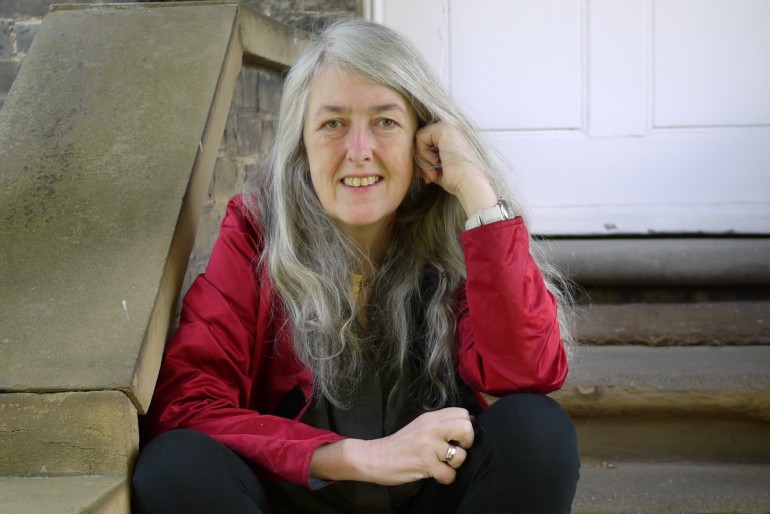 On top of your academic duties, you have managed a long-running, prominent blog for more than eight years and have picked up more than 52,000 Twitter followers. How do you manage all these platforms as a professor?

Both blogging and Twitter have been very useful for my academic work. But I’ll talk about blogging first, since that came first. I was very suspicious when I started blogging at the TLS. I thought it would dumb everything down and be over in about six months. But in fact, I discovered it was the reverse. One of the best things was the links in my posts. It meant I could give reader direct access to the things I was writing about (including some of the most obscure ancient texts online) whether they were specialists or curious non-specialists, without having to explain anything else. That way you can talk to so many different audiences. I can now say I’ve shared a great deal on my blog — and I’ve learned a great deal.

The speed and the confrontational nature are different on Twitter. I happen to have nice followers, for the most part, but that’s not always the case. Twitter’s rubric is not courtesy. But as to the advantages, some of the interactive benefits of blogging are also on Twitter; it’s just at a faster pace.

As an academic, I learn the most from Twitter when people post links to foreign press articles, say, a Turkish piece on archeological digs or an article in La Repubblica that I otherwise might not have heard about. For me it’s the information sharing that is so useful, especially from sources that I don’t read regularly. And this can be very valuable information.

What about the opportunity cost of spending time on blogging and social media? Do you lose time for other priorities? How do you clear away the distractions?

As far as discerning what is useful from all the noise, I would compare Twitter to a house with many rooms, and I pick and chose which rooms I visit. Most of the people I follow are people in my business. In a way, I could say that the information I used to pick up at a conference, I now pick up on Twitter. In terms of seeing what is going on in my field – say, in excavations – I get live tweets now from conferences, so I pick up a lot. But of course, you still do get much more out at a conference.

On the other side of it, I’ve made myself available on Twitter so that when I go through my feed, I can answer questions from school children learning Latin or tourists in Rome, and so on. This is a form of public engagement that is very immediate.

It’s also worth saying that in this particular debate about the value of social media, we are too easily hung up on the nature of the medium. It’s how we use it that matters. The Arab Spring was not a Twitter Spring; it was a people’s revolution using Twitter among other tools. Social media are neither good or bad, any more than print is good or bad.

The great advantage of Twitter – in terms of managing it – is that it has only has 140 characters, so it’s perfect for filling in the slots of time when you’re on the bus or waiting for a student to turn up. In a way, there is a briskness about it that is time saving. And the speed is an advantage, too. If I tweet a question about what book I should read if I want to learn about Alexander the Great, followers will tweet right back. You find people and people find you in a much more efficient way.

What about the reliability of information you get on Twitter? How do you screen?

If you rely on Twitter, it’s like relying on what you hear in a pub late at night. So of course you have to be careful. But you can get incorrect news out of papers as well. We’ve found a medium that we enjoy, and we need work on being a bit more discerning about what we believe.

But I’ve also seen the downside of Twitter. Just recently, there was an uproar over one of my recent tweets about an ad for Marks & Spencer in which none of the apparently older women had a trace of grey hair. All I did was tweet about how funny this was, and somehow it caused a great outcry. All of a sudden, the word was “Mary Beard slams M&S for ageist advertising.” I suppose I have to be less naïve and remember that even the most casual Tweet can always be picked up –- and twisted.

What we have here is a problem between the subject and the medium. If you try to convert one short quip into a real story, it won’t necessarily make a good or interesting or true story. It remains a quip — maybe trivial, maybe not — nothing more.

So is blogging safer territory?

To a certain extent – at least one has a full post of however many words you like to explain things. But you still run into traps. I once blogged about a particularly awful train journey between London and Cambridge. So that got into the local paper as “Professor slams train service.” I did not slam the train service – just this one trip. But at least I had a full post to explain this a bit more.

Another example was when I did a visiting blog post for a Sheffield University history blog, which happens to be a very good site, and they wanted me to write about academics and TV. So I wrote a post about how to encourage professors to go on TV because people actually like hearing from experts rather than only from celebrities. But somehow the papers picked this up as “Mary Beard slams celebrity TV spots.” That wasn’t my point at all.

What annoy me most are not the people who are openly offensive. It’s the way that your words, which are in public sphere, become represented as some kind of newsworthy statement even though they are clearly not intended as such. It really puts me off and makes me now more careful about saying something about, say, an advertisement for Marks & Spencer.

When does managing your followers on Twitter become unwieldy?

It does get different when you get to 52,000, like me. In some ways, Twitter is most fun when you have 1,000 followers, so then it’s semi-public but still personal. God knows what it’s like when you have 5 million. I also have certain distaste for political tweets. I mean, we know that President Obama doesn’t tweet, and nor does Pope Francis. Please. They have someone to tweet for them. The tweets that we like are the ones that are really done by the person we follow.

But in general, what takes up time is not tweeting; it’s when something goes viral and every journalist out there calls you up to ask your comment, well, on grey hair and the M&S advertisement.

What has been the reaction among your colleagues at Cambridge?

I don’t think I’m seen as an outlier that much. I’m not sure I was the first to blog; quite a lot of them blog, it’s just that mine is kept going because it’s with a newspaper, the TLS. Otherwise, blogging is like going to the gym: You’re enthusiastic and then it tails off. Some professors are like that with their blogs. My department has a Twitter account, and it’s a very effective way of getting information on, say, seminar cancellations. It could well be that I have colleagues who think my blogging and tweeting are ridiculous, but they wouldn’t tell me. We still do have a veil of courtesy at Cambridge.