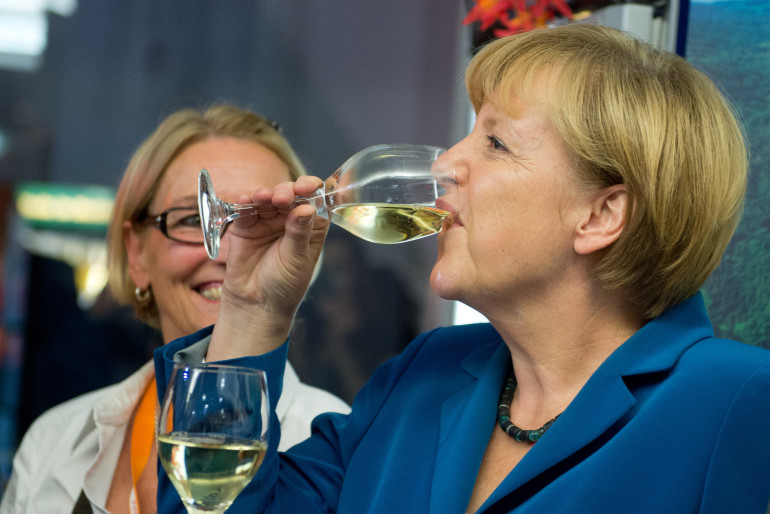 For much of the past year, the European Union and the euro-zone countries have been in a stalemate, eagerly awaiting the outcome of the German election. With so much at stake, no one dared to discuss any new deals that might relax the tough austerity rules imposed on member states such as Cyprus, Greece, and Portugal and supply these ailing economies with fresh credit. At the same time, policymakers decided to delay any attempts to put the bloc’s troubled banks under the control of a single regulator or seriously debate the future structure and content of the Union’s quasi-constitutional treaty base.

The reason for delay was not just uncertainty over the political fate of German Chancellor Angela Merkel as the September election loomed. It also stemmed from a tacit agreement between policymakers across Europe to avoid anything that might disturb German voters. While a very broad pro-European (and pro-euro) consensus still holds among German political, media, and business elites, German voters have become worried about future payouts to their southern neighbors and the existing risks already taken by the government to guarantee foreign sovereign debt. So deep was this concern that a euro-skeptic party sprung up only months before the election on Sept. 22. The “Alternative for Germany” (AfD) failed to garner the 5 percent of the vote required for parliamentary representation but only by a hair, at 4.7 percent, which signaled a respectable showing given its lack of time, resources, and expertise.

But in the end, the unspoken consensus across Europe to avoid upsetting anything ahead of the German election did just that: Europe hardly featured in the campaigns of mainstream parties. Instead, candidates focused mostly on the domestic issues such as labor market regulation and welfare. And Merkel played the two sides of the Europe coin well. Outside Germany, she has come under fire for an alleged lack of leadership and passion for Europe, for her pragmatic and piecemeal approach to politics, and for her tendency to apply German solutions to European problems. But back home, these were precisely the qualities that helped her win the election. On top of that, she could boast that Germany has weathered the biggest economic crisis in living memory well. Unemployment is at a record low, the economy is healthy, and, for the first time in more than a generation, the country is heading toward a balanced budget.

Furthermore, while Merkel and her Christian Democrats were attacked by their competitors on the left on a range of social policies, there was far more agreement on the euro crisis than many of her opponents would admit. This held especially true for the Social Democrats, who are likely to wind up as junior partners in a “grand coalition” in coming weeks. In the event the Social Democrats do link up with Merkel (whose party fell just a few seats short of a n outright parliamentary majority), they will continue to back her European policies as they have done in the past. Their presence in the coalition will also help Merkel counter-balance a small group of conservative “euro-rebels” within her own party, giving her a little more leeway.

But even if the Social Democrats scale back the rhetorical emphasis on austerity and push instead for European stimulus packages, they know they are facing tight limits to what they can do: At the end of the day, they are accountable to German voters. And in Germany, where there are usually two or three state elections each year, there are frequent chances for voters to express dissatisfaction with the national government. So if the Social Democrats were to propose tax hikes to support fellow Europeans in the South, they will find it to be a non-starter.

Aside from being the most likely outcome, a “grand coalition” between Merkel’s Christian Democrats and the Social Democrats is probably the most stable configuration. Both parties have formed coalitions at the state level and have twice done so at the national level (1966-69 and 2005-09, in Merkel’s first term). Despite the ideological differences between the two parties, Merkel has moved to the center in recent years, a reflection of her pragmatic nature. More so than under any other political constellation, the two parties are likely to agree on a whole host of issues and could sustain a government for its entire four-year term. Crucially, in recent years, the SPD has voted with Merkel on euro-zone emergency measures and related international treaties. Moreover, the SPD currently controls the parliament’s upper house, or Federal Council, a powerful institution that can exercise a veto over many federal policies. So teaming up with the SPD would make Merkel’s life easier in this respect.

This is not to say the relationship will be easy. The SPD entered the 2005 coalition with the Christian Democrats on (almost) equal footing, but was punished by voters in 2009 with its worst result ever. Four years later, they have hardly recovered from that blow. The left wing within the SPD is deeply skeptical about joining forces with Merkel again, on grounds that more progressive voters would flock instead to other leftist parties, who could play the electorally rewarding role of the principled opposition. Given this resistance and the fact that the Social Democrats will try to maximize the premium they can extract from the Christian Democrats, talks could go on for a few more weeks.

Merkel’s Christian Democrats and their Bavarian sister party, the Christian Social Union, won a combined vote share of 41.5 percent, their best result since German unification in 1990. This resounding victory is largely due to Merkel’s personal popularity. Her approval ratings were consistently higher than those of her challenger, the Social Democrats’ Peer Steinbrück — higher, in fact, than the ratings of her party. Even among supporters of the opposition, Merkel is widely respected. After her victory, pundits and political leaders around the world proclaimed her the most powerful woman in the world.

The irony, however, is that under Germany’s parliamentary system, voters did not directly vote for her. Instead, voters cast their ballot for a party list, and the parliament, in turn, selects the chancellor as head of the executive. Essentially, the electoral system is proportional, and any party can get in parliament if it clears 5 percent of the national vote. Furthermore, proportional representation rarely gives majorities (as opposed to simple pluralities) to a single party. Germany’s constitution, shaped by the traumatic experience of the politically unstable inter-war years, stipulates that the incoming chancellor must be endorsed by a majority of the members of parliament, who currently number 630. Merkel’s Christian Democratic alliance won 311 seats, which is an excellent result but still requires her to partner with another party to clear a majority.

Had Merkel’s current partner, the pro-market Free Democratic Party (FDP), cleared the 5 percent hurdle, her preferred coalition would have held. But the FDP not only failed to clear the electoral threshold for the first time in its history, it got no real “tactical” votes from CDU supporters – contrary to my own models ahead of the election. In German election, voters cast a “first ballot” for their preferred party (which puts up a candidate in each district) and then a “second ballot” that can either go to their preferred party or to another party. Under a complex formula, those second ballots help determine the final distribution of seats in the national parliament. In effect, this system allows voters to express split preferences, and it has also helped Germany’s smaller parties, like the Greens, stay viable.

However, Germany recently undertook a reform of the electoral system that reduced the incentives for tactical voting. That reform, combined with a crushing defeat of the FDP in a state election in mid-September, caused the Christian Democrats to worry that the Free Democrats might not succeed this time, and that any tactical votes for them might be lost. So in an unprecedented move, the Christian Democrats explicitly urged their voters to refrain from tactical voting. As a result, the Christian Democrats performed slightly better and the Liberal Democrats slightly worse than I and many modelers had projected — and that made all the difference. If just over 100,000 of Merkel’s 14.9 million supporters had voted for the FDP instead, the coalition would have continued, leaving Merkel with a tried, tested, and presumably very much domesticated partner. But the FDP dropped out of parliament.

What Europe should expect

Although the election is a high-water mark for Merkel, she still faces not one, but three rivals on the left: the Social Democrats; the Greens, who governed in a coalition under Social Democrat Gerhard Schroeder, and who hold power in various state governments; and the Left Party, which is the result of a merger between the former East German Communists and a left-wing group of SPD dissidents.

Aside from the grand coalition discussed above, other groupings are possible, though unlikely. A leftist coalition that would deprive Merkel of the chancellorship is hard to envision, as the SPD has ruled out any such arrangement with the Left Party. It will probably have to reconsider their position in years to come, given that the Left Party remains a strong force in what was East Germany and polled more than 8 percent nationally this time around. But at the moment, the SPD cannot enter a coalition with the Left without losing all political credibility.

Another option is that the Christian Democrats could team up with the Greens. While both sides said that they are open for talks, this pairing looks unlikely: Such an arrangement is unpopular with rank-and-file members in both parties, and previous CDU/Green coalitions in the states did not work well. Furthermore, the current Green leadership is undergoing some soul searching in light of the party’s worse-than-expected performance at the polls, coming in under 9 percent. As they take time to secure their positions, it is unlikely they would form a coalition against the explicit wishes of the party base.

So how will Germany’s neighbors react to these results? Merkel’s detractors in southern Europe will still complain that Germany’s enormous trade surplus is hurting their economies badly, denying them the opportunity to export their way out of recession and create jobs. They will also keep up the charge that Germany is benefitting from the woes of her neighbors, thanks to its safe-haven status and the exceptionally low interest rates that come with it, as it effectively borrows money for free.

But in the eyes of Germans voters, these complaints do not matter. They decided to trust their leadership to a safe pair of hands that protected them from the crisis and, more generally, insulated them from that ever-quarrelsome thing, the European Union. If anything, this election has taught us that any future German government will be formed on the almost exclusive basis of domestic issues and will act with domestic considerations in mind, constrained only by party politics and an activist constitutional court. Merkel’s spectacular triumph has not changed anything about that – and there is no reason why Merkel herself should change. She will continue with her cautious, sometimes uninspired style, approaching one problem at a time while balancing Germany’s domestic, European, and international interests. Europe and the world should expect more of the same.