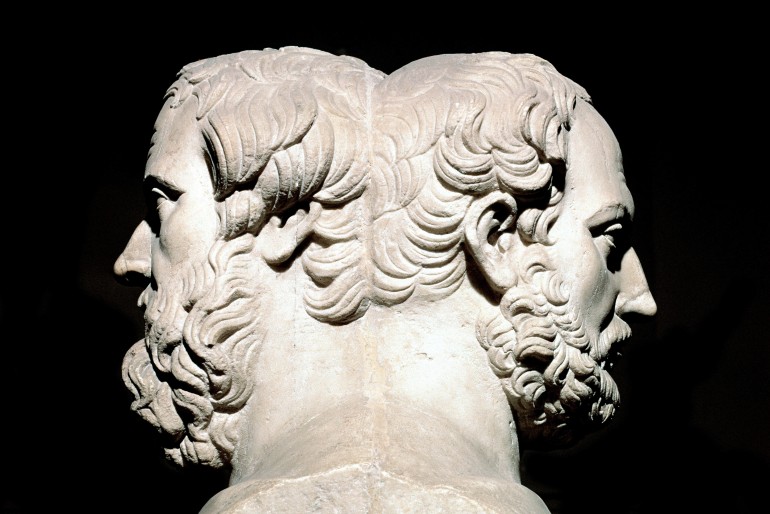 A strategic studies program at Yale revives ancient lessons about statecraft, and its popularity is soaring.

For years, rumors have swirled around Yale’s ambitious and augustly named Grand Strategy Program with a tone of horror and cynicism. Its critics describe it as an exercise in Cold War nostalgia masked as a leadership-studies program, a way of training the younger, soft-hearted generations to think in terms of good old-fashioned Realpolitik. Some liberal media outlets have painted it as a right-wing vanity project: How to get what you want from another country. After reading this negative press, my mental image of the initiative was of some kind of phantasmagoria involving Dr. Strangelove and the board game Risk.

Upon further examination, though, I found it hard to deny the benefits of studying how history’s great strategists have handled crises. The program, whose full name is the Brady-Johnson Program in Grand Strategy, draws from a reading list spanning 2,500 years, and includes the works of such strategists as Thucydides and Sun Tzu. The highly competitive year-long leadership program — offered to just 40 students a year out of a pool of three times that size — began at Yale in 2000 and has since inspired similar efforts at places such as Duke and West Point. The program’s director, Pulitzer-winning historian John Gaddis, told me in a recent interview he would describe Grand Strategy as “the relationship of ends and means.”

The program’s profile has only grown in recent years, thanks to a huge boost in 2006, when it received what Gaddis called a “generous endowment” from former U.S. Treasury Secretary Nicholas Brady and investor Charles B. Johnson, who has given to conservative causes. Gaddis would not disclose the sum, but it has been reported by The Wall Street Journal as a $17.5 million grant over 15 years. The program appoints fellows who help teach the course, lending their real-world, high-level perspective. This year’s “practitioner faculty” include New York Times columnist David Brooks; former Director of National Intelligence John Negroponte; and Paul Solmon of the PBS “Newshour.”

Even though many of the books on the syllabus are about war, said Gaddis, Grand Strategy “is not about fighting wars, exclusively; it is not about the use of force, exclusively.”

“It is true that the classical tradition we rely on in the class says a lot about the fighting of wars and use of force,” he added. “But that’s what states did for the most part for most of their history, so it’s not that surprising that ancient literature would focus on these things. But our purpose is the connection of potentially unlimited objectives. We think that’s the essence of leadership — but not confined to any one domain. We see it as applicable in military, politics, business, academe, or life in general.”

That is a tall order for a one-year seminar, but its core philosophy sounds irresistible and rigorous. As a guiding principle, the program’s home page quotes the famous line by the ancient Greek poet Archilochus: “The fox knows many things, but the hedgehog knows one big thing.” In classical literature, this has been interpreted to mean that the fox is clever, swift, and has a big bag of tricks to attack his enemy, whereas the hedgehog is humble-looking and knows only one trick: rolling itself in a ball — which turns it into a dangerous ball of spikes.

In 1953, the philosopher Isaiah Berlin expanded on the metaphor in his seminal essay, “The Hedgehog and the Fox,” in which he divided thinkers into two groups: the foxes, who have a panoply of ideas, and the hedgehogs, who have one grand overarching principle. Aristotle, for example, was an empiricist with discrete ethical and philosophical tenets, and was thus a fox. Plato, with his theory that everything in the world aspires to its one ideal form, was a hedgehog.

By some interpretations, the hedgehog’s one big idea defeats the fox’s many little tricks. But Grand Strategy’s strength and its controversy stem from the bold belief that major tactical decisions should arise from one or just a few foundational principles. It could be argued that the great movers and shakers of the world have leaned toward the hedgehog end of the spectrum. Indeed, Grand Strategy examines history’s great crises from the hedgehog’s point of view. Not incidentally, Berlin’s essay is on the course reading list.

Among the strategists studied in the course are Machiavelli, Queen Elizabeth I of England, and the Prussian military theorist Carl von Clausewitz, who described in On War how statecraft and war boil down to just a few core principles. The most famous of his many pithy quotes is, “War is the continuation of politics by other means.” (The course syllabus describes the book as “the single most influential work on strategy.”)

That said, Grand Strategy is neither a purely theoretical exercise, nor is it a Great Books course. As Gaddis put it, the teachers try to connect the material with current issues, such as Syria’s civil war. The class is taught by Gaddis, historian Paul Kennedy, diplomat-in-residence Charles Hill, and other prominent faculty. And it is a master class in every sense: Henry Kissinger himself has been known to make an appearance. It would be hard to imagine a more appropriate staff to teach Grand Strategy without bringing back Pericles of Athens from the dead.

Speaking of Pericles, I asked Gaddis to give a glimpse into his class, using Thucydides’ work on the Peloponnesian War (first published in 431 BCE) as a basis. I wanted to know what the book teaches us about strategy. Gaddis replied, “A lot.”

“It teaches how small powers [Corcyra and Corinth] can suck big powers [Athens and Sparta] into devastating conflicts,” he said. “It teaches the difference between planning and reality, such as Pericles’ strategy for defending Athens when the plague broke out. It teaches leadership, the management of empires, crusades conducted where you don’t have the means to sustain them. Many of the same kinds of issues that confront us today confronted the Greeks 2,500 years ago … [they] are not going to go away tomorrow.”

Clearly, the students agree. The program’s continuing popularity might seem surprising, given that most undergraduates these days would seem to be in the fox generation. Not only were they born after the Cold War; they were only young children during the 9/11 attacks and their aftermath. Many of them would probably bristle at describing America as a natural “superpower.” Yet they turn to ancient and canonical strategists to seek order in the chaos. It appears that our future leaders are discovering something of their own inner hedgehog.

Corrections and clarifications: Symposium Magazine has clarified and corrected a few items in this piece. The Chinese philosopher noted is Sun Tzu; this year’s practitioner faculty are David Brooks, John Negroponte, and Paul Solmon; and the small ancient Greek powers cited are Corcyra and Corinth. Our apologies.