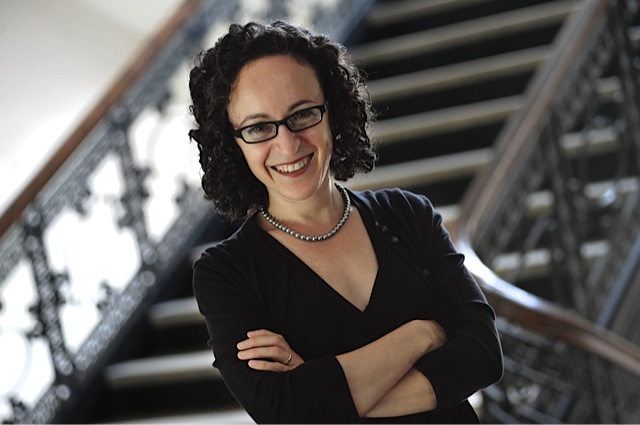 Rachel Adams, a tenured professor of English and American Studies at Columbia University, built a career out of studying the history of people with disabilities.

But it was not until she gave birth to a boy with Down syndrome that she truly began to understand what it means to be different in a high-pressure society that values and expects perfection—especially in the elite academic circles in which she traveled.

It is, at first, a sad story. It starts with a sense of foreboding as Adams and her husband gazed upon their newborn son, noting, “Something about him didn’t quite make sense.” As the parents of a normally developing toddler, they knew immediately that their second son was different, but they were not able to articulate this frightening reality until a doctor did it for them.

When the pediatrician arrived, he informed Adams that her infant son, Henry, had features consistent with Down syndrome. Her fantasy—the one of the “perfect” family, with two happily married parents doting over a pair of healthy kids, the one in which she “has it all” as a professor and a mother in vibrant New York City—shattered in an instant.

To her credit, Adams has the fortitude to speak candidly about the crushing disappointment that she felt when she learned that her son has an intellectual disability. In the hospital, she confessed, she did not bask in the hormone-laced glow of new motherhood; rather, she was reeling from the “loss of the son I thought I was going to have and the family I imagined we would be.”

But over the pages of the memoir, this sad beginning gradually makes its way to a happy ending. Henry scores many triumphs over genetic adversity — he even learns to read at age four — and Adams discovers the profound love she has for her child and a newfound passion to advocate on behalf of people with all manner of disabilities.

The journey is not an easy one, especially in an academic environment in which “intelligence and intellectual achievement are valued above all else.”

“Babies like Henry simply aren’t born to successful, overeducated parents like us,” Adams writes, and wonders whether her friends and colleagues would be able to recognize the value of her son, who is “slower, less capable, and more dependent” than other children.

It is a fair question. She describes incredulous friends who ask her, “How this could have happened?” There is a jaw-dropping exchange in which a well-known disability studies scholar asks her at a cocktail party why she did not get genetic testing during her pregnancy. The assumption between the lines is that she would have aborted Henry had she had the test.

In one particularly awkward moment, she runs into Rayna Rapp, a renowned anthropology professor at New York University who explores her own decision to abort a fetus with Down syndrome in a book she wrote about prenatal testing. “I can imagine how hard it is,” Rapp says as she looks at Henry—an exchange that Adams describes as a “bad metaphor.”

Adams also describes the hypocrisy of the ivory tower, where only certain kinds of diversity are appreciated. “The evidence is there in the glossy college brochures that illustrate diversity by picturing students of many different races and nationalities,” she writes. “Where are the students in wheelchairs, the guide dogs, and the sign interpreters?”

To be sure, Adams also finds solace in the academic milieu. It is a fellow professor, Penn State’s Michael Berube, whose memoir about parenting a son with Down syndrome gets her through some of her bleakest moments.

And her background in disability studies gives her an important perspective that allows her to understand why society marginalizes the disabled, and leads her to love, and even celebrate, her son’s differences. She also has a deep sense of gratitude that she gave birth to Henry in the twenty-first century—a time not so far removed from the days in which babies like Henry were deemed “Mongoloid idiots” and sent to live lonely lives in far-off institutions. And she knows that many children, including those with Down syndrome, are far worse off than her own son.

At the same time, however, she sees firsthand the many ways in which the disabled are still mistreated in modern America in general, and in academia in particular. She notes, for example, that Columbia University, where she teaches, is compliant with federal disability law but falls “far short of creating a genuinely inclusive and barrier-free environment for people with disabilities.”

Again, to Adams’ credit, she turns her anger into advocacy and becomes “an unwitting, and often bumbling crusader” for disability rights. She gives lectures to geneticists and medical students about parenting disabled children, starts a collaborative research project on problems of social difference, and ultimately writes this memoir about her experience.

Adams’ story is an intensely individual one, and her memoir at times goes into excess detail about the day-to-day difficulties she faces as the mother of a disabled child—the endless appointments with therapists, the contradictory advice from health professionals, the challenges of landing coveted spots in New York City day care programs. She also weaves in a somewhat tangential tale about the death of her mother, which does not quite square with her overarching theme.

But her broader story is valuable to any reader, whether or not they have a Down syndrome child in their family. The tale, in fact, turns out to be a universal one. Despite assumptions that we will naturally live life without disability, Adams points out that we will all experience it at some point — whether through illness, injury, or the mere consequence of aging. She refers to it as “the paradox” of disability: “If we live long enough, it will happen to all of us. And yet when it happens, it always comes as a surprise.”

Raising Henry, in other words, helps readers see disability as it ought to be seen: as a part of life, rather than apart from it.