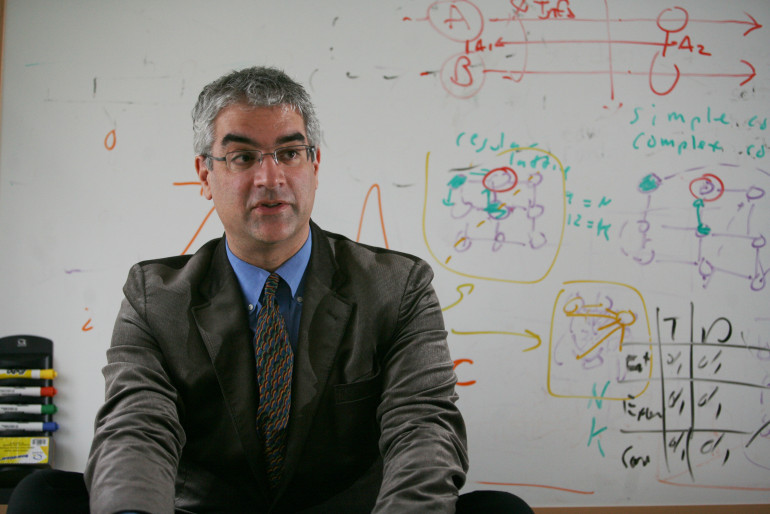 Much of what is considered “new research” has actually been around for a while. But that does not mean it lacks value.

Social scientists have recently plunged into a public debate about how relevant and original their work is – and how to find the best direction forward. Simply put, how do we push the research frontier, and how do we help the next generation of scholars get there? The argument most recently played out between two leading social scientists: creative sociologist and networks researcher (and physician) Nicholas Christakis on the one side, and political scientist, statistics guru, and blogger extraordinaire Andrew Gelman on the other. It brings to the surface a long-standing debate going on across universities that is not just about disciplinary lines and turf battles, but how best to foster creativity.

Christakis recently took to the pages of The New York Times to argue that social scientists are in a rut researching the same old topics and coming up with the same old findings that “everyone knows” already. For example, it is hardly a surprise to learn that poor people are more likely to get sick than rich people. It is time, Christakis concludes, for social scientists to “devote a small palace guard to these settled subjects and redeploy their forces to new fields.”

It is true that each field has its too-familiar and too-easy tropes, and Christakis deserves credit for calling that out. To start at home, we sociologists repeatedly discover that the world is unfair: poor people get mistreated; minorities face discrimination; and justice is frequently denied. I have known many doctoral students who set out to show how class, race, or gender is unfairly connected to important life outcomes. No kidding. (Other disciplines have their own routinized discoveries. In economics, one of these is showing how, if you work hard enough at it, you can find that those “unjust” connections actually are fair.) What is news is finding an important outcome that is not connected to class, race, or gender. We should support those journal editors who insist on asking “what’s new here?” in deciding whether to accept an article.

But Gelman has countered Christakis’ charge that we are in a rut with two important points. One is that if we include the general public, “everyone” actually does not know much, if anything, about these “familiar” findings. To take another example, almost every social historian knows that Americans today change homes far less frequently than their ancestors did, but almost “everyone” outside the academy – and many within it – seems to “know” the opposite. Therefore, it is important that scholars keep telling the wider public about findings that may have become conventional wisdom to us – just as life scientists continue to explain basic evolution.

Gelman’s second point is that even stipulated “facts” need ever-firmer reconfirmation and elaboration. Is the connection between poverty and ill health true across the board? What processes connect them, and why? How much of the health disparity results from disparities in prenatal care, eating habits, access to medical care, and the like? Presumably, Christakis would have his “palace guard” remain behind to do this work and conduct the public outreach, while the rest of social science moves on to the frontiers.

But what are those frontiers? Christakis specifically points to network analysis, behavioral economics, and biologically-oriented approaches: social neuroscience, evolutionary psychology, and social epigenetics (the study of how social conditions affect the expression of genes). But it is not clear, in fact, whether these specific areas really entail boldly going “where no man has gone before.” For example, network analysis has been around for over 50 years, albeit without today’s sophisticated software tools. Would Christakis define a “frontier” as simply computerizing methods previously conducted by hand? The key concepts of network analysis – for example, the notion that friends substantially influence people’s thoughts and behaviors – have long been familiar. (Christakis’s distinctive findings that a friend of a friend can influence us without influencing the intermediate friend are indeed novel, but also strongly disputed.)

Behavioral economics has made a similarly significant contribution to the social sciences that are now being turned into applications, but we should recall that Daniel Kahneman and Amos Tversky did their initial work 40 years ago on how people calculate risk and reward. Furthermore, one can ask how “new-frontier” this approach is. Economists still start with the premise of an individual optimizing his or her choices; behavioral economics now only requires that the models explicitly correct for perceptual errors, such as hyperbolic discounting, in the individual’s calculations. A bigger step forward might be the efforts of another Nobel Prize-winner, George Akerlof, to bring the notion of identity into economic models — that decision-makers also optimize their sense of themselves as fulfilling a social identity, as, say, a “real man” or as a generous person.

Biosocial science is another field Christakis sees as cutting edge. It is true that we have new tools that allow us to see which parts of the brain sparkle, when they do, and how to identify individuals’ unique genes. But the basic ideas that inbred, physical traits determine human behavior go back generations; they were last stirred up in the 1970s amid the controversy around Arthur Jensen’s work on schooling and IQ. His claim that interventions to improve black children’s test scores were doomed — because intelligence was largely fixed, inherited, and racially distributed — spurred decades of research on the inheritability of intelligence and other psychological traits. In recent years, some disappointment has set in among those who hoped the genomics project would soon yield clear linkages between particular genes and patterns of social life. The promise is still just that, even with respect to patterns of physical illness.

The kinds of interdisciplinary structures Christakis would build in place of the present academic disciplines — his “departments of biosocial science, network science, neuroeconomics, behavioral genetics and computational social science” — pose problems of their own. After spending 45 years in the social sciences, starting with Harvard’s Department of Social Relations for Interdisciplinary Social Science Studies (created in 1946, dissolved in 1972), I am skeptical of this approach. For one, such novel arrangements tend to appear one cycle after the cross-disciplinary breakthrough has been made. And if they succeed, exciting new ventures become routine science. The innovative sociological and anthropological convergence that stimulated the birth of modern network analysis around 1970 has grown into multiple journals, associations, training programs, and course syllabi – all valuable, to be sure, but no longer frontier work.

Another reason for skepticism is that interdisciplinary departments are difficult environments for young faculty. Scholars are torn between the conflicting expectations of the senior menagerie. For instance, how is an ethnographer to satisfy the expectations of a computational network analyst as well as of a fellow anthropologist? When productive interdisciplinary work happens, it is usually between the ears of the scholar who pursued a research question into other disciplines or in the accidental collision of a couple of professors whose own pursuits lead them to cross paths. The breakthroughs are question-driven, not the product of a bureaucratic arrangement. Such creativity cannot be hot-housed in new, inevitably transient, departments of the Latest Next Thing.

Still, Christakis’ basic complaint has worth. It is often too easy to redo basic findings in a field of research, perhaps with some cosmetic changes. This makes it all the more important that advisors encourage students to read outside their own disciplines. Promotion committees should be more accepting of work that crosses disciplinary lines. But above all else, loosening the tether of conventional research agendas on young scholars, rather than leading them to newly fashionable watering holes, would be more productive, and more likely to lead us where we have never gone before.