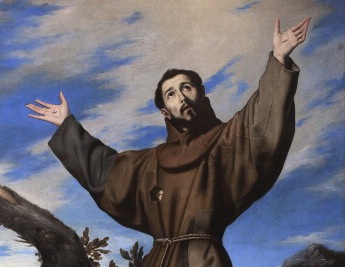 Historians, like most academics, are a secular lot. Is this a bias that prevents a deeper understanding of religious history?

“Suddenly, as if from nowhere, this gaping void, this vortex of nothingness – of pure Absence – filled the room and tore me apart.”

Talk of “the void” is not the standard dispassionate language that one would expect from a professor. But these words were written by Carlos Eire, professor of history at Yale, describing a recurring existential crisis that he chooses to call an eruption of Hell on earth. A Cuban émigré, Eire devotes long passages to his life’s transcendent events in his spiritual memoir, Learning to Die in Miami — the sequel to his National Book Award-winning memoir, Waiting for Snow in Havana.

The study of religion is not supposed to be so personal, emotional, and physical. Since the emergence of social history in the 1960s, most historians of religion have treated their subject as a tool of social control, a system of cultural symbols, and an all-encompassing ideology that pre-modern people used to make sense of their lives. In his memoirs, Eire went where few modern historians have dared to go, opening this dimension of intense feeling.

Eire’s friend, Notre Dame’s Brad Gregory, has also rattled fellow historians with a very different approach in The Unintended Reformation: How a Religious Revolution Secularized Society (Harvard University Press, 2012). Defying the trend of historians to focus their books on small topics that are easily mastered, Gregory examines religion as a sweeping intellectual and social engineering project designed to explain and shape cultures in their entirety. Provocatively, The Unintended Reformation also tries to argue that today’s pluralistic and secular society arose, accidentally, from the Protestant attack on the moral consensus of medieval Catholicism.

The book promptly drew hostility from critics who charged that it was nothing more than the sloppy execution of conservative cultural criticism. Columbia University historian Mark Lilla characterized Gregory’s project as an “empty fantasy” in The New Republic, and even the conservative writer Barton Swaim, writing in The Wall Street Journal, dismissed the book as “parochial score-settling.”

These critics, however, missed a point in Gregory’s book that is even more exceptional than his thesis on the “decline of the west,” and one that brings him closer to Eire: his implication that miracles might indeed be true. His attack on the skepticism of philosophers Baruch Spinoza and David Hume broaches this point in support of his broader argument against the idea that the triumph of science should lead inexorably to atheism and secularism. “Let’s start being much more critical of secular assumptions embedded in modern thought,” Gregory urges in defense of the miraculous, “rather than acting as though they were inevitable, obvious, or unavoidable.”

This is not the first time that Gregory has invited controversy. In his essays in the journal History and Theory, Gregory has attacked his fellow academics of all disciplines for assuming that science’s success in explaining the natural world has made religion irrelevant. Science cannot “prove” that miracles do not occur, he argues, because miracles are by definition inexplicable and outside the normal rules of natural phenomena. Eire has also made this point in academic publications.

While critics may have their bones to pick with Gregory’s politics in particular, both he and Eire deserve more serious treatment within and beyond their discipline. Paying close attention to claims of the miraculous in history helps us focus on the emotional and physical side of religious belief – a side of religion different than the social, intellectual, and political aspects to religious history that scholars and critics normally discuss. In an essay on the levitation of St. Joseph of Cupertino, Eire notes that hundreds of eye-witnesses testified to the airborne feats of this sixteenth-century Italian friar; from toothless peasants to bishops and princes, all of them swearing under oath that they saw him floating up above their heads. “Levitation is a subject that lends itself to joking,” Eire admits. “But what is more ‘childish’: to ignore levitation or acknowledge its presence in history?”

Joseph was only one of many saints who reportedly levitated, as Eire points out, from holy men in pre-Christian Middle Eastern religions up to St. Francis of Assisi, St. Ignatius Loyola, and St. Teresa of Avila. In Eire’s view, this means they should be treated not as a myth to be explored like an anthropologist, but as a deeper lesson about common themes in human belief across the ages. He closes out the essay asking, “Why is the only fact that we can accept about human levitation the ‘fact’ that others, long ago, thought it was possible? What difference does that makes? More than a question mark? Yes. Much more than the question mark missing from the following sentence: ‘He flew.’”

Both Gregory and Eire hold chairs in history at elite universities (indeed, Eire was my dissertation advisor), and both attained this rank by writing very well respected, mainstream, and not-at-all-miraculous works of history — Gregory on martyrdom in the Protestant Reformation and Eire on image-breaking in the Protestant Reformation and death in sixteenth-century Spain. Yet in his forthcoming book, Eire has chosen to investigate the attitudes towards miracles in the sixteenth century, a study he calls “a history of the impossible.” Why would either of them want to risk ridicule from their peers by advocating the validity of miracles?

Although both are Roman Catholics, they are not proselytizers for their faith. Instead, they want scholars to drop what they view as a condescending approach toward people in the past. In Gregory’s words, this is necessary “to understand any and all protagonists on their own terms without imposing any moral or metaphysical views … in a manner critically aware not only of the faith-based, intellectually unjustified, secular assumptions embedded in so much modern thought about religion” – or, as Eire puts it, “to understand the past on its own terms.” Neither believes that today’s materialist and secular scholarship, written by a group of people that is disproportionately atheist or agnostic compared to the rest of the population, does justice to the beliefs of pre-modern believers.

To be sure, both have also created a straw man of sorts, especially Gregory. In the past 20 or 30 years, a much more sympathetic approach to pre-modern religious beliefs has emerged. Anthropology has replaced the Marxism that dominated university thinking when Eire and Gregory were students as the most important external influence on how historians practice their craft. This has inspired a more respectful investigation into belief instead of the old impulse to dismiss everything before the rise of modern science as “superstition.” This approach still does not square with Gregory, who dismisses anthropology as just another tool to treat religion merely as an empty set of symbols. Gregory’s tendency to treat religion as a world-view that competes against modern, scientific-based secularism keeps him from judging cultural history fairly. This makes The Unintended Reformation a failure as an argument, because Gregory has opted to fight against a secular, materialist caricature of his own devising.

And yet, as both Gregory and Eire have implied, a meaningful treatment of miracles can offer a way out of this debate. One thing religion has to offer is a systematic world-view that offers an explanation for every moral and epistemological problem. But another thing religion has to offer is language for understanding how we feel pain, ecstasy, loss, suffering, love, and death. The emphasis on the emotional and physical, epitomized by miracles, creates a way for making sense of a life lived with a body and something that feels like a soul. This is what religion means to many people outside the academy (and inside, too, as Eire has chronicled in his memoirs). The only difference is that many of these believers call it “spirituality” to distinguish it from the squabbling over doctrine and church policy that otherwise dominates Gregory’s book.

A new sensitivity toward the treatment of miracles can help us acknowledge that the triumphs of modern science do not necessarily invalidate the human experience of encountering the supernatural. In turn, this understanding provides a more powerful tool for capturing what religion meant to ordinary men and women in the past, as well as the present.