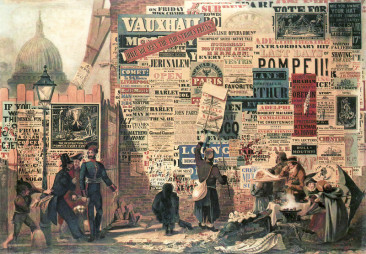 No such thing as bad publicity: "A London Street Scene" by John Orlando Parry. (Credit: Alfred Dunhill Museum and Archive)
The use and abuse of “astroturfing” in on-line reviews is a reality in the digital world, but its roots go back to the dawn of modern literature.
Print & PDF Version
Share This

Nicholas Mason is Associate Professor of English at Brigham Young University. He is the author of Literary Advertising and the Shaping of British Romanticism (Johns Hopkins University Press, 2013). 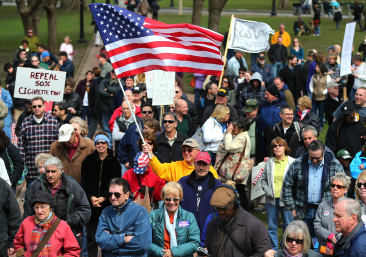 Tea Party Rally in Boston, April 2013. (Photo by John Tlumacki/The Boston Globe via Getty Images)
In the aftermath of the government shutdown, it is time to look at the drivers of our political differences.
Print & PDF Version
Share This

David C. W. Parker is Associate Professor of Political Science at Montana State University. He blogs at Big Sky Politics and is the author of The Power of Money in Congressional Campaigns, 1880-2006 (University of Oklahoma Press, 2008).. 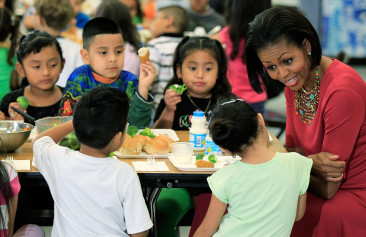 An intervention from the top: Michelle Obama talks to Head Start students, May, 2010, in Silver Spring, Maryland. (Photo by Alex Wong/Getty Images)
How much do we trust a new claim that early childhood stimulation raised earnings by 42%?
Print & PDF Version
Share This 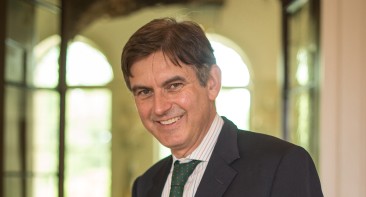 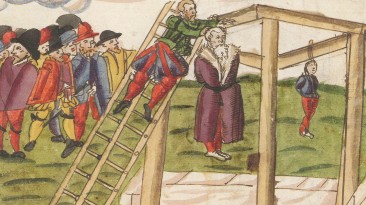 How far have we come? Execution of a corrupt finance minister and thieving youth in Augsburg, 1579. (Credit: Zentralbibliothek Zurich)
A debate has kicked off among scholars on whether we have become inherently more peaceful. A more important question is whether we actually understand the many forms violence takes.
Print & PDF Version
Share This

Joel F. Harrington is Professor of History at Vanderbilt University and author of The Faithful Executioner: Life and Death, Honor and Shame in the Turbulent Sixteenth Century (Farrar, Straus & Giroux, 2013). 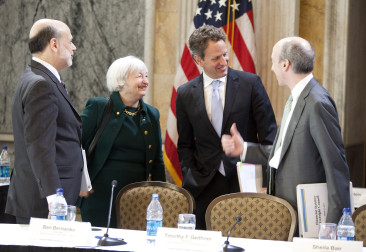 Can we talk? Ben Bernanke, Janet Yellen, Timothy Geithner, and Gary Gensler at a Financial Stability Oversight Council meeting, March 17, 2011. (Joshua Roberts/Bloomberg via Getty Images)
Be it ever so brilliant, communication in monetary policy is no panacea in today’s world of slow growth, high debt, and fiscal policy uncertainty.
Print & PDF Version
Share This

Brigitte Granville is Professor of International Economics and Economic Policy at the School of Business and Management, Queen Mary University, London. Her most recent book is Remembering Inflation (Princeton University Press, 2013). 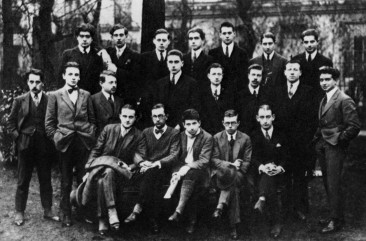 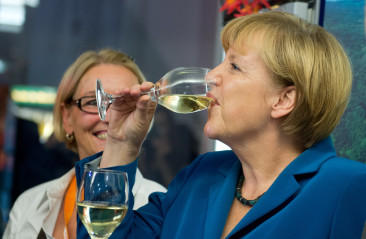 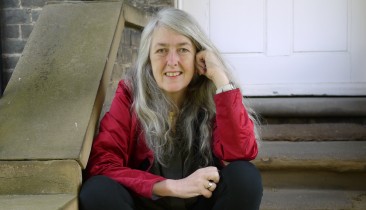 Professor Mary Beard. (Photo credit: Robin Cormack)
Cambridge Professor Mary Beard has legions of followers on Twitter and has been blogging for more than eight years for the TLS. In September, Symposium Magazine sat down with her as she was traveling through Washington, D.C.
Print & PDF Version
Share This 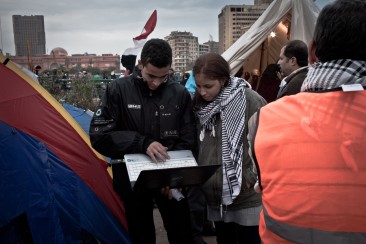