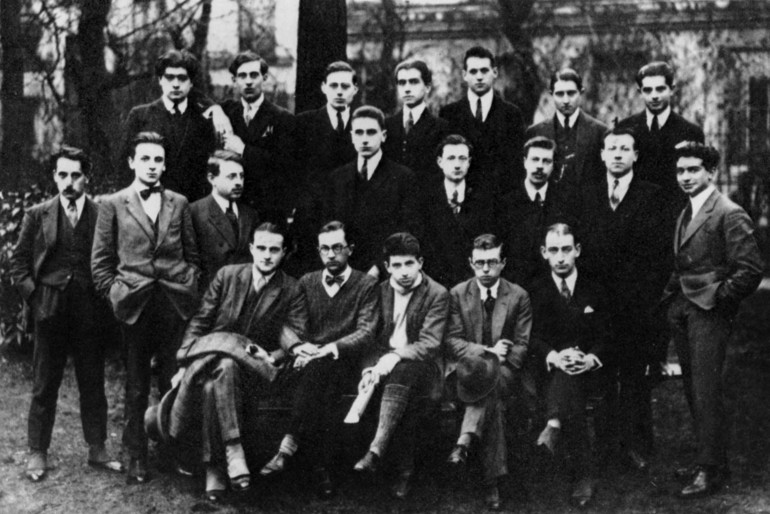 Ever-rising tuition and plummeting public financial support for higher education are two reasons why so many young people in the U.S. are rocked by an unprecedented debt crisis. But in the debate over how to create a more equitable system, an intriguing counterfactual question remains: what would happen if college were deeply discounted, even the most elite schools? Would we move toward something closer to a meritocracy?

For those seeking a more egalitarian utopia, France is often touted as an attractive model. But the country’s highly stratified higher education system suggests that low tuition alone cannot open to the doors to all, especially at the most prestigious institutions.

To many American parents who have to start saving from the moment they conceive a child, the French system seems like one to which all nations should aspire. Anyone who passes the high school baccalaureat exam – which is upwards of 80% of students — can go to a regular public university for a few hundred euros a year. While the U.S. college application process requires fees at every stage, applying to French universities is unburdened by such punitive costs.

Super-elite and super-motivated French students can elect to apply for one of the Grandes Ecoles, which are so august that technically they are not classified as “universities.” These schools are direct conveyor belts to the nation’s ruling political, scientific, academic, and commercial ruling classes. There are about 220 in all, but some are more equal than others.

Within this pool, the real brass rings are the ENS (Ecole normale superieure); ENA (Ecole nationale d’administration); “X”(Ecole Polytechnique); and HEC (Hautes etudes commerciales). Sciences Po (Institut d’etudes politiques de Paris) is legally classified as a “grand establishment of higher education” rather than a Grande Ecole, but for reasons of clarity it is lumped into the latter category.

Many of these schools do charge fees, but rarely more than a few thousand euros a year. Even at the business school HEC, the annual tuition for French nationals tops out at about 12,000 euros a year, which is laughable by US standards. It is a safe bet that these graduates can pay off the loan for their entire degree well before middle age, unlike many of their US counterparts. Furthermore, it is an open secret that banks will extend generous loans to HEC students. And for extremely qualified students at some of the Grandes Ecoles, it is possible to earn not only a full tuition bursary, but also a generous monthly stipend – something unheard of in most countries at the undergraduate level.

In theory, since tuition is not very prohibitive, all French children have equal access to these schools, and with it a chance to catapult to the upper stratosphere. But the reality is more complicated. Despite the seemingly level playing field, the vast majority of students at the top Grandes Ecoles are from wealthy backgrounds. In fact, the socio-economic landscape at one of these schools far more lopsided than at a $50,000-a-year American Ivy League School.

Journalist Peter Gumbel, author of the recent book France’s Got Talent: The Woeful Consequences of French Elitism, told me, “The word ‘egalite’ is carved on school buildings, so it’s shocking to see how inegalitarian it’s become. In theory, students from anywhere who are clever can pass [the entrance exams], but in practice, it doesn’t work like that.”

According to Gumbel’s book, only 12% of ENA students are from working or lower-class families. At École Polytechnique, 60% of the students were poor and 14% were wealthy in the days of Napoleon’s rule. Now, more than two centuries on, only 11% of students are on financial aid. By contrast, the student body in the U.S. Ivy Leagues has shifted away from the prep feeder school model, and typically some two-thirds of students will qualify for financial aid.

A Grande Ecole degree also puts a student in an elite pool for life. The laurels it bestows have much more clout than do their equivalents in most other Western countries—what an Ivy diploma or Oxbridge degree will get you pale in comparison to the guaranteed path of glory that lies ahead for a Grande Ecole graduate. For one thing, the student pool is miniscule; the ENA typically admits 110 students per class year, of which 80 are French nationals. And yet from that tiny pool arise a shocking proportion of France’s political leaders. “Enarques,” as ENA graduates are called, include seven of the last 12 French prime ministers, while 46% of CEOs graduated from three of the Grandes Ecoles, according to The Economist.

In the 2012 French presidential elections, four candidates were Enarques, including current president Francois Hollande. Hollande’s former companion and the mother of his four children, Segolene Royal, was not only in the same ENA class as Hollande, but also ran against him for the Socialist Party presidential ticket during the last election.

Mary MacCarthy, a Colorado-based journalist who studied journalism at Sciences Po from 2004 to 2006, said she was shocked when she began her studies there.

“It was the first time in my life that I felt I was in some sort of aristocracy, and people all had the same mentality,” she said. “Even if they didn’t grow up together, you got the feeling that they did grow up together, and were from the same upper crust part of Paris.”

She contrasts this to her undergraduate education at Boston University, where financial aid was generous. And the student body “wasn’t just East Coast people from the city.”

Sciences Po is one of the Grandes Ecoles that has made more of an effort to recruit students from more diverse backgrounds, but MacCarthy described this push as unimpressive.

“I saw how those students were treated, and it was very much as a token,” she said. “I remember getting an email saying ‘Let’s welcome all the scholarship students,’ which is welcoming but in a condescending way. Even as a foreigner, I was treated that way. They said, you’re here because you’re a foreigner, not because you’d have gotten in otherwise.’”

In many cases, students who gain successful admission to the Grandes Ecoles have attended two years of additional study post-high school — “prepa” — to prepare them for the competitive exams. As Gumbel describes it, prepa “is almost a caricature of the culture.”

“There are rituals of humiliation,” he told me. “You start off getting terrible marks and teachers tell you how bad you are. It’s very strange, almost sadistic. In other countries, you’d be told how great you are and not get slapped down all the time.”

Even though the prepa are free to all, they also favor certain backgrounds. The vast majority of students come from Paris, and the pool is miniscule. According to Gumbel’s book, most students at Ecole Polytechnique went to just five classes among the nation’s “preparatoires,” three of which are in Paris’ most posh neighborhoods, and two in the wealthy suburb of Versailles.

“By comparison,” he notes, “in Britain, students from the top 100 schools only make up one third of those who get into Oxbridge.”

From the American viewpoint, the tiny pool size is even more striking. Long gone are the days when Ivy League schools had just a few “feeder” prep academies where most of their students came from.

The French education system across the board has a reputation for doing a poor job on outreach, which is one reason students from less-well off French families often lack the gumption and initiative to apply to these schools. “There’s a sort of self-censorship,” said Gumbel. “Students from certain schools, even if they’re very good, won’t try to apply.”

Gumbel noted that Sciences Po — where he has taught — has tried to address this gap by approaching schools in disadvantaged areas and encouraging students to apply. Without such direct outreach, he said, many students would be too intimidated even to consider a Grande Ecole. But this practice is more the exception than the rule.

American schools, by contrast, at least offer chances to students who might have other skills. Said Gumbel: “In America, if you’re so-so at school but great at music or sport, you can go to a great college.”

Even with all these impediments, there is also a selection effect that reinforces this trend. All too many enterprising French youngsters from disadvantaged backgrounds are just not willing to go for the brass ring — it’s not really that appealing for such students. Conventional success, rather than joining the ruling class, is more important.

Charles Givadinovich, who has studied both at Sciences Po and HEC and is now active in the UMP centre-right French political party, told me that this class of student is more concerned about taking a practical route rather than a prestigious one. Shaped by family tradition, many of these upwardly mobile students prefer to pursue career paths that will raise their social status while being more practical to attain. For example, to become a lawyer, judge or doctor, “a Grande Ecole is not the path,” said Givadinovich. “To work in the public sector, which is nearly 25% of jobs in France, you don’t need an elite school.”

The unfairness of the system aside, does it build strong leaders? Gumbel believes that, here, too, the Grandes Ecoles are lacking. “They’re good at what they’re good at, and they’re all good at the same thing,” he said. “[The schools] recognize these narrow intellectual skills. And at the Grande Ecole, these people are given the keys to the Republic.”

The flaws in the French system aside, the US is hardly off the hook. Low-interest student loans offered by the US government (which can run up to 7% annually) will hardly make a dent in the annual tuition for most private universities, and even at some state universities. This forces students to take out hefty private loans, which can carry annual interest as high as 11%. And there are growing legions of disgruntled business and law school students who claim that their degree was a waste of money, unable to find employment in their desired fields after graduation. Another charge is that schools regularly publish misleadingly high figures about post-degree job placement. The U.S. higher education system may ultimately reinforce downward class mobility as students struggle to pay off loans. A workable model, whether here or abroad, is much harder to find than one would expect.